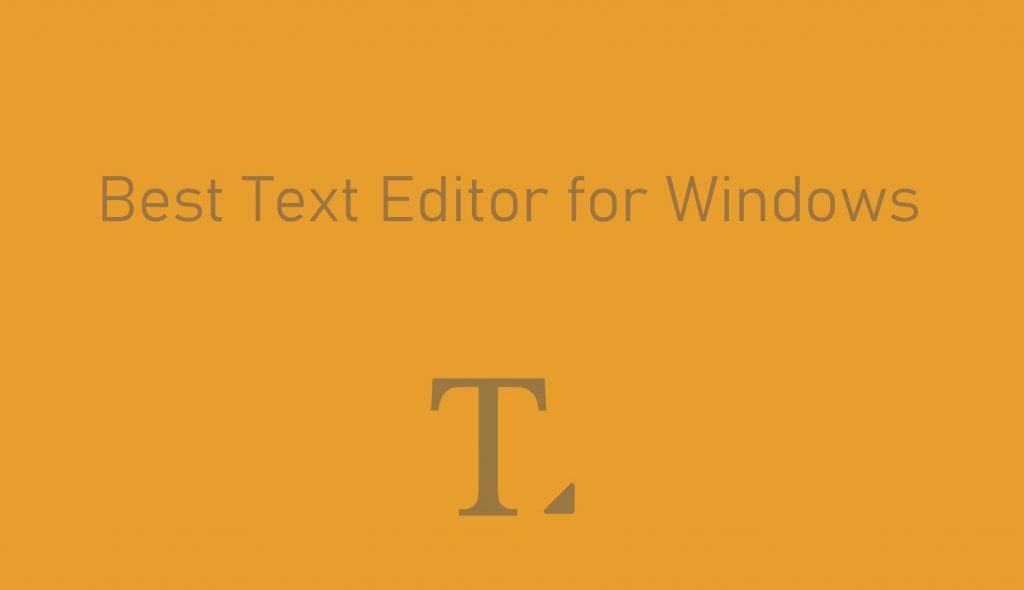 The black interfaces crammed with texts and punctuation in listing on the screens of web developers or programmers are incomprehensible for the majority of people who are not in IT. While this is what allows them to interact with a website by research or simply by commands. These interfaces are called text editors . These are software used as tools for programming and / or developing other software or programs.

And currently, with the development of digital, the demand for more efficient and attractive text coders by web developers on the market is quite substantial. But which coders to choose? Should we favor graphics over versatility?

Let us present to you the TOP 5 of the best text editors of 2020 to help you in your choices. 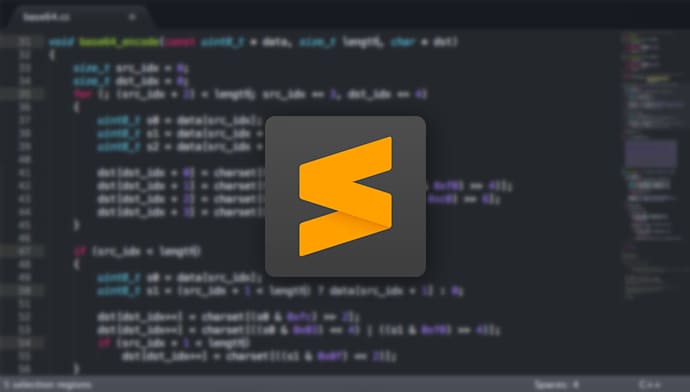 An editor for Linux developers. Sublime Texte is coded in C ++ and Python, and is available on 3 platforms including Windows, Mac and Linux . Rich in programming language, it has 44 to its credit and plugins for rare languages ​​are also available.

Sublime Texte is free in trial version, but to have it permanently, it will be necessary to invest a little. It is the only paid publisher on the list and it costs around $ 80 . It works under a license system. That is to say, by purchasing the license , you can use it on multiple machines. Despite the fact that it is chargeable, you can test it for free before buying it.

Sublime Texte benefits from several technical aspects of programming. It allows to have an optimized navigation and search fluidity, this by shortcuts and search commands to locate quickly in the coder. It is also capable of making simultaneous modifications to several lines. And all this despite a minimum consumption of resources.

Sublime Texte offers an advantage to evolve thanks to the plugin or extension that you can have with Python API. Updates are therefore multiple depending on market developments.

A fluid and customizable grip at will on its practical and graphic aspect. Sublime Texte is an editor with the capacity to deal with heavy coding . So, whatever the size of your project in development, Sublime Texte will be able to manage it to carry it out. 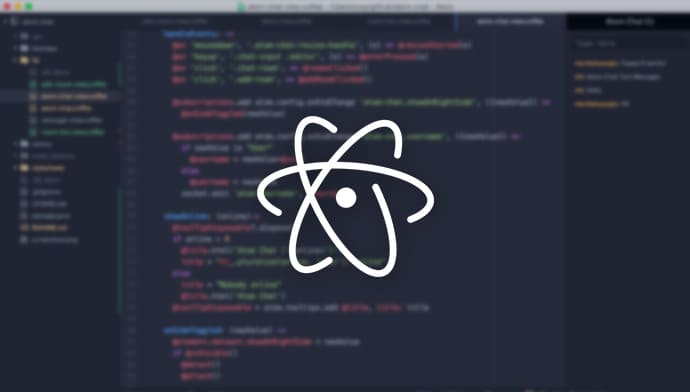 Text editor developed by GitHub, ATOM is compatible with MAC, OS, Linux and Windows . Speaking of ATOM, we cannot forget to specify that it is an Open Source editor . This means that it is possible to share its source codes with a community of users.

Atom is ideal for group work thanks to the fact that it is open source . Its creators claim that they designed it for developers . And when you think about it, its accessibility and organization, which can be optimized, it makes it possible to process programming projects in real time and simultaneously.

The real strength of ATOM lies in its ability to be shared with a work team. The coding on its interface can be divided into several sections for each user and be processed simultaneously. This allows the group of developers or creators to advance at the same pace for the realization of a project.

ATOM is a multi-platform editor that can be adapted with several operating systems. It has a simple navigation system with the ability to open one or more large items on a window as one or more projects.

Its graphic can be personalized with themes specific to the publisher. It has several by default, but if none suits you, you can download others according to your tastes. To allow you to be comfortable with the tool, you can modify the appearance of your working interface as you wish. 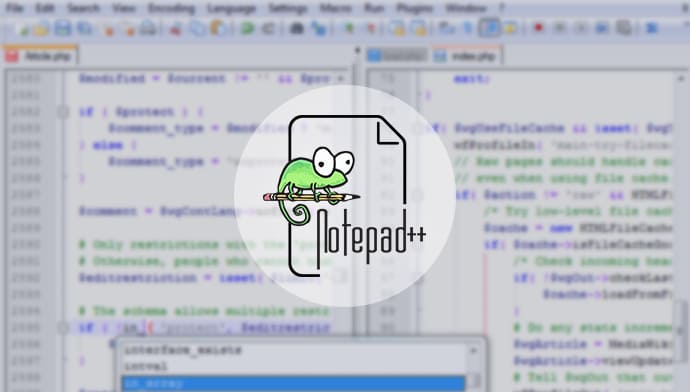 The most translated text editor on the market with 80 languages ​​for translation . It is also a simple and suitable program for beginners getting started in web development. Its document management is also easy to handle. As it is translated into several languages, this gives the coder considerable leeway for users around the world. It can therefore be the most popular text editor on the market .

Notepad ++ is free software , i.e. it is free, downloadable and usable immediately. On the other hand, it works exclusively under Windows and using C ++ as code. Putting it out of access for Linux and Ubuntu .

The Notepad ++ interface is customizable, this is supported by syntax coloring of source codes for languages. Giving the coder ease of handling and a pleasing design for the eyes. This coloring applies to the languages ​​HTML, PHP, and JavaScript. In addition to its ability to adapt in appearance. Notepad ++ has an interface that can contain several elements, thus facilitating coding, but also improving the processing speed of the programmer.

Notepad ++ offers a range of extensions that allow it to evolve or merge with other programs. And a plus, it can still offer a saving in computing power compared to other publishers. This is an important feature of the fact that this economy allows your machine to focus on other perhaps heavier processes without affecting the processing speed of the whole. 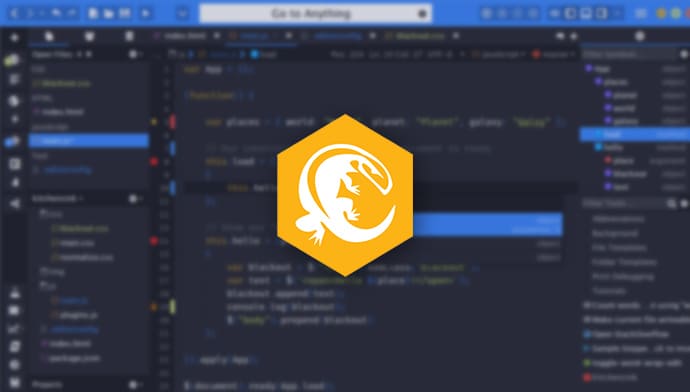 This text editor is a compromise for experienced and beginner users . Why ? Because it can be both simple and efficient, offering ease of adaptation and quick understanding to the novice. It is free software and in Open Source , which means that it is also suitable for developers.

Komodo is created by ActiveState and works under Linux, IOS and Windows environments. It has Python integrated and can manage several computer languages ​​depending on which one is used. It was developed or written in C ++ with a file explorer to simplify navigation in the coder.

The light and customizable interface that simplifies data management and organization of activities on the coder. The syntax highlighting is also part of its attributes. Unfortunately, it is not multi-language, the English language is the only one available for the program.

What should be emphasized for this text editor is that KOMODO Edit and KOMODO IDE are two different coders. They are similar in general, but are distinct in functionality.

On the one hand, we have KOMODO IDE which is a fairly complete version offering several commands and functionalities. It is powerful and suitable for users experienced in programming.

On the other hand, we have KOMODO Edit , a light or light version of the editor. Always keeping its processing power, but simplified, that is to say that several commands and functionality in KOMODO IDE does not exist Edit. Several actions are therefore limited, but that will not prevent it from being effective. The latter is ideal for beginners . 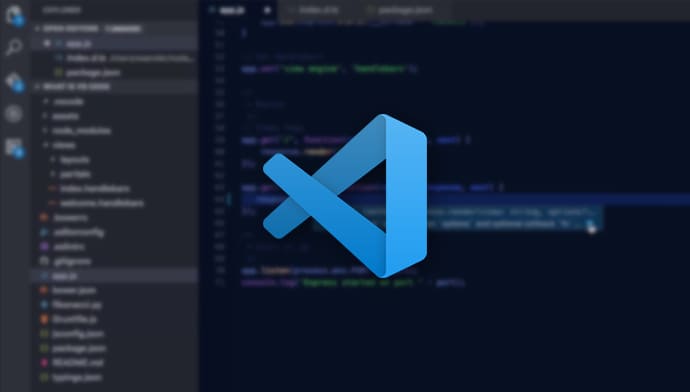 A program developed by Microsoft for Windows, Linux and MacOS . It is a cross platform editor , in Open Source and free that can support a dozen languages.

Visual Studio Code is the most recent on the market, but it already has a multitude of extensions to its credit. These plugins are provided by the growing community that supports it. This community which was created around him thanks to the Open Source system. If we define this system, it is a way of making your projects or programs available to everyone or the community for possible updates .

The Visual Studio Code community currently has a large number of members who enrich documentation and an information base aimed at developing their favorite text editor.
Visual Studio Code is therefore evolving thanks to collaborative work between developers. This evolution will result in plugins like a language, a theme or other program redesign depending on the case.

The primary advantages of Visual Studio Code is its speed of execution and its cross platform capacity by being usable on the 3 operating systems.

The special feature of Visual Studio Code is the IntelliSence function . This particularity makes him proud, because it is the only one on our list to have this technology. IntelliSense is in a few words the semi-automatic entry of codes in the editor. It allows quick and intelligent entry of modules or commands to be executed or edited.

The best text editors for 2020, to conclude

Our TOP 5 is not exhaustive, do not hesitate to leave us a comment and let us know your choices 👍 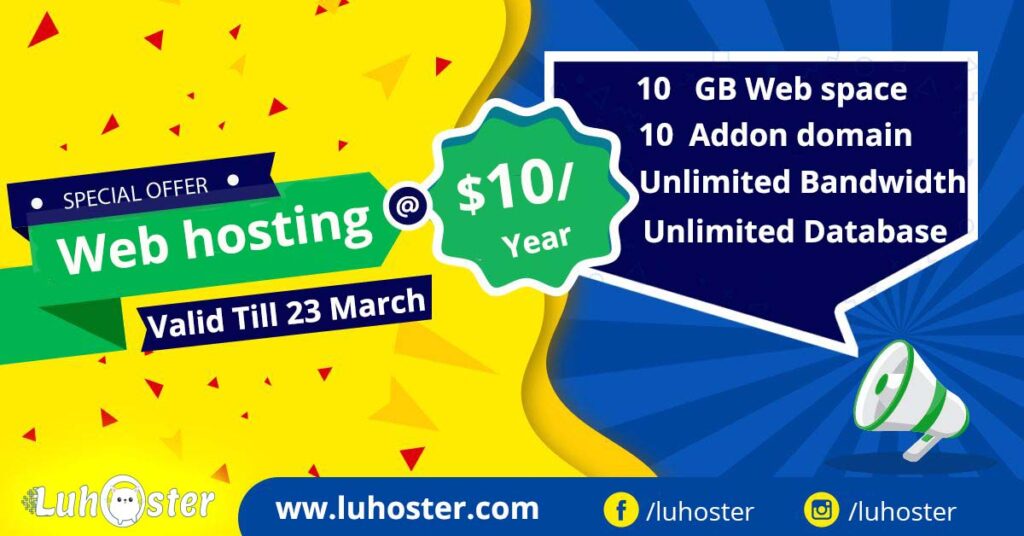